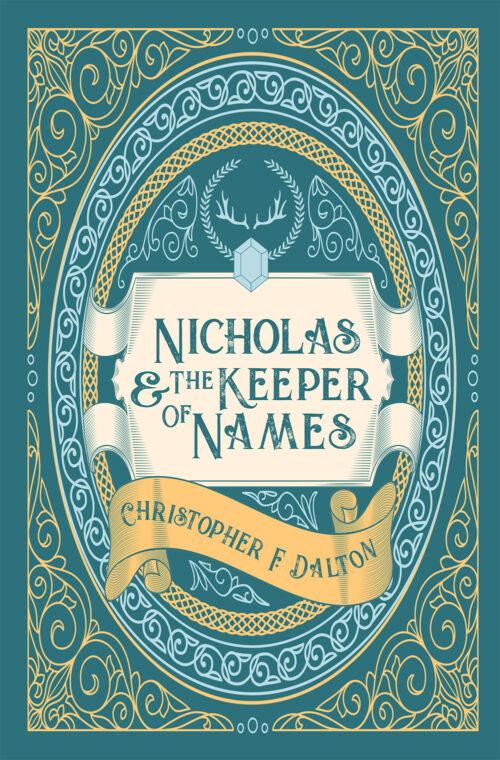 Nicholas and the Keeper of Names

Rated 3.00 out of 5 based on 3 customer ratings
9 customer reviews

In a time filled with curses and famines, a spark of hope is needed.

Nicholas is young. Nicholas is fearless. He is on top of the world.  His family—part human, part elf—has brought peace and prosperity to their city.

But the covenant between man and elf responsible for all the joy is destroyed when a deadly plague sweeps through the town. Chaos turns friend against friend, and in one night Nicholas loses nearly everyone he loves and flees for his life.

All hope is not lost. Nicholas returns to his childhood port city driven to mend the shattered ties between man and elf. He is determined to heal the city now devastated by a curse. And he will not rest until he has won back the heart of his life-long love.

Not everyone is ready to trust an elf again. Nicholas will have to use all his skills and powers to win the hearts of the city fathers so that he can put the citizens on the ancient scroll once again, restoring the peace and prosperity it once enjoyed.

Like all of us, Nicholas endures tragedy and loss. The life he knew as a boy vanishes in a moment, and he has to decide how he will respond. A dark time descends on him and his city. Will he dust himself off and be the light the world needs him to be?

His fathers were not quitters–and neither is Nicholas. Nicholas returns to his home a mature and skilled young man, ready to use the powers he has been given to save his city and those he loves.

Nicholas and the Keeper of Name was created to entertain children, teens, mothers, fathers, grandfathers, and grandmothers. We have threes sons, and our deepest desire was to give them a story we could share together, and then they could share it with their kids, and so on.

We hope that this tale would be read between fathers and mothers and their children because we believe in the power of stories to not only thrill and entertain the reader but also to heal and teach and connect us through time.

9 reviews for Nicholas and the Keeper of Names